What has happened to the foreign policy that Americans voted for on Nov. 8 with the election of Donald Trump, to include peace with Russia, an end to U.S. wars in the Middle East, and having rich allies pay for the cost of their own defense? 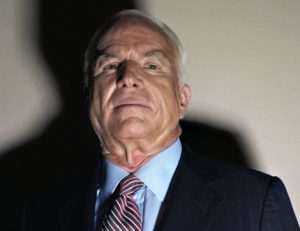 “The senator from Kentucky,” said Sen. John McCain (R-Ariz.), speaking of his colleague Sen. Rand Paul (R-Ky.), “is working for Vladimir Putin . . . and I do not say that lightly.” What did Paul do to deserve being called a hireling of Putin? He declined to support McCain’s call for a unanimous Senate vote to bring Montenegro into NATO as the 29th member of a Cold War alliance President Donald Trump has called “obsolete.”

Bordered by Croatia, Bosnia-Herzegovina, Serbia, Kosovo, and Albania, tiny Montenegro has a population roughly that of D.C., and sits on the western coast of the most volatile peninsula in Europe.
What strategic benefit would accrue from having Montenegro as an ally that would justify the risk of our having to go to war should some neighbor breach Montenegro’s borders?

Historically, the Balkans have been an incubator of war. In the 19th century, Otto von Bismarck predicted that when the Great War came, it would come out of “some damn fool thing in the Balkans.” And so it did when the Austrian archduke was assassinated in Sarajevo June 28, 1914 by Serbian ethnonationalist Gavrilo Princip.

Hannity Goes ‘Underground’ to Decide If He Will Return to Fox News, Source Says

Amid ongoing turmoil at Fox News, an internal battle appears to be brewing between top executives and one of the last remaining vestiges of the lineup that made the network a powerhouse in cable news […]

SOROS THREATENS: Trump ‘Will Disappear In 2020 Or Even Sooner’