Ask a taxi to take you from the airport here to the downtown headquarters of the Southern Poverty Law Center, and your driver will start telling tales of the group’s founder, local legend Morris Dees. “He’s a hell of a man around here,” mine informs me on a Friday morning in late April. “He’s the one who got the Klan straightened out. He fought the cause.” The driver adds, as an aside, “He made plenty of money doing it.” 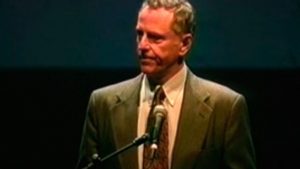 These are the twin legacies of Montgomery’s most famous nonprofit: Since 1971, the SPLC has fought racial discrimination in the South and established itself as the nation’s most prominent hate-group watchdog, most notably winning legal fights that put some of the last nails in the coffin of the Ku Klux Klan. It has also built itself into a civil rights behemoth with a glossy headquarters and a nine-figure endowment, inviting charges that it oversells the threats posed by Klansmen and neo-Nazis to keep donations flowing in from wealthy liberals.

Suddenly the SPLC, whose biggest fights seemed to be behind it, is all over the news—warning of an increase in hate crimes, publishing sleek reports about anti-Muslim extremists and taking the leaders of the alt-right to court. The group is in the process of adding 50 staffers, expanding legal services for immigrants facing deportation across the South and bringing a legal hammer down on alt-right trolls. Since the election, the SPLC says it has more than doubled its following on Twitter and jumped from 650,000 Facebook followers to more than a million.

The rise of Trump is a moment made for Dees, the SPLC’s 80-year-old founder, who is more than a little Trumpian himself. Smooth, publicity-savvy and detail-averse, Dees is a marketing genius whose greatest success may be selling his own persona as a crusader—a skill on display across the street from the SPLC’s office, where a black granite memorial to the casualties of the civil rights movement proclaims it was built by the Morris Dees Legacy Fund. Inside the memorial’s gift shop, visitors will find on the wall a framed photo of Dees staring off into the distance, looking equal parts pensive and saintly. On a shelf next to SPLC-branded water bottles and mugs, the same image of Dees reappears in another frame; it’s also printed on nearby postcards, which are available for purchase.

Touches such as these have led some journalists to nickname Dees, with irony, “the Mother Teresa of Montgomery.” And as Dees navigates the era of Trump, there are new questions arising around a charge that has dogged the group for years: that the SPLC is overplaying its hand, becoming more of a partisan progressive hit operation than a civil rights watchdog. Critics say the group abuses its position as an arbiter of hatred by labeling legitimate players “hate groups” and “extremists” to keep the attention of its liberal donors and grind a political ax. Which means that just as the SPLC is about to embark on its biggest fight in decades, taking on rising racism and prejudice across the country, its authority to police the boundaries of American political discourse is facing its greatest challenge yet.

“I do think there is a desperate need for more objective research on hate crimes and domestic extremism—especially now,” says J.M. Berger, a researcher on extremism and a fellow with the International Centre for Counter-Terrorism at The Hague. But like many observers, he worries that the SPLC has gone too far in some of its hate group characterizations. “The problem partly stems from the fact that the organization wears two hats, as both an activist group and a source of information,” he says.

In October, the SPLC faced explosive blowback when it included British Muslim activist Maajid Nawaz on a list of “anti-Muslim extremists.” The targeting of Nawaz—a former Islamist turned anti-extremism campaigner who is considered a human rights leader by many in the mainstream—even sparked critical coverage in the Atlantic, creating the unusual spectacle of a publication founded by abolitionists going after a group founded to fight the KKK. In December, after the SPLC urged Israeli Ambassador to the U.S. Ron Dermer not to attend a dinner hosted by anti-Muslim conspiracy theorist Frank Gaffney, Dermer used his speech at the dinner to condemn the SPLC as “defamers and blacklisters.” In February, the group again raised eyebrows by adding to its list of hate groups the hardline Center for Immigration Studies—an anti-immigration think tank criticized for pushing bogus claims about the dangers of immigrants, but which has also been invited to testify before Congress more than 100 times.

A certain PR savvy was baked in from the beginning. Dees got his start in the direct-mail marketing of consumer goods, a pursuit that earned him a small fortune in the 1960s and a spot in the Direct Marketing Association’s hall of fame. When he founded the SPLC, he was also putting his marketing skills to use on behalf of George McGovern’s 1972 presidential campaign—in exchange for McGovern’s mailing list. (The SPLC has maintained this marketing edge into the 21st century with top-notch search engine optimization: Throw terms related to the recent controversy over its anti-Muslim extremist list into Google, and the first several results reliably come from the SPLC’s own website.)

By the end of the 1970s, the organization was pioneering a novel legal strategy, suing Klan affiliates for damages for the hate crimes committed by their members, an approach that bankrupted several of them.

Since then, the SPLC has steadily expanded the scope of its activities. The group makes critically acclaimed documentaries about civil rights and other materials that have been distributed free of charge to more than 100,000 schools nationwide. It has shared information about civil rights with the FBI and Justice Department, and maintains a robust legal shop that, in addition to suing hate groups, takes on cases related to criminal justice reform, LGBT rights, immigration law, the rights of the poor and public education.

But today, the group is best known for its “Intelligence Project,” which has essentially cornered the market on identifying and tracking hate groups, as well as extremists and “hate incidents.” The Intelligence Project’s 15 full-time and two part-time staffers (it’s in the process of hiring five more) pump out reports that are regularly cited by just about every major mainstream media outlet, including Politico, and their researchers have become the go-to experts for quotes on those topics.

The SPLC’s hate group and extremist labels are effective. Groups slapped with them have lost funding, been targeted by activists and generally been banished from mainstream legitimacy. This makes SPLC the de facto cop in this realm of American politics, with all the friction that kind of policing engenders.

The organization has been criticized for spending more of its money on fundraising and overhead and less on litigation than comparable groups like the American Civil Liberties Union. And it has taken flak for amassing a huge endowment—more than $200 million—that is disproportionately large for its operating costs. SPLC President Richard Cohen defends the endowment as necessary to ensure the group can survive legal battles that might last for years. (As for Dees himself, he made $337,000 in 2015, according to the watchdog group Charity Navigator; Cohen made $333,000 the same year.) In 1994, the local paper, the Montgomery Advertiser, ran a series investigating the group’s marketing, finances and personnel practices that was a finalist for a Pulitzer Prize. (Dees responded—according to a transcript from a 1999 Nieman Foundation discussion on journalism about nonprofits—by mobilizing prominent liberal politicians for whom he had raised money to lobby the Pulitzer Board not to award the prize to the Advertiser.)

Other critics say the SPLC picks its causes with its bottom line in mind. In the 1980s, the group’s entire legal staff quit to protest Dees’ obsession with the remnants of the KKK—which still captured the imagination of the group’s liberal donor base—at the expense of lower-profile but more relevant targets. In its marketing, the SPLC still touts seven-figure judgments it has won against Klan organizations, even though the plaintiffs have been able to recoup only a tiny fraction of that from the groups, which possessed paltry assets. It has also been criticized for marketing that exaggerates the threat posed by the moribund Klan.

Ken Silverstein, a liberal journalist and another critic of the group who authored a scathing investigation of its marketing and financial practices for Harper’s in 2000, attributes the growing scope of the SPLC’s censures to a financial imperative to wade into hot-button issues that will rile donors. “The organization has always tried to find ways to milk money out of the public by finding whatever threat they can most credibly promote,” he says.

The SPLC fields tips and scours websites, message boards and news reports to compile its directory of 917 mostly ring-wing hate groups. But finding and defining hate groups is not exactly a science, leaving the process open to criticism even under the best of circumstances. Berger says that defining a hate or extremist group is notoriously problematic when using extensive, technical criteria, and that the problem becomes greater in the case of the SPLC, which reserves discretion in how and when it applies those labels. “There’s no consensus academic definition of extremism, and the SPLC’s methodology for making that call isn’t clear,” he says. “So it’s very subjective even within academia, and even more so for a motivated organization.”

In the case of the Center for Immigration Studies, the think tank has long been considered to the right of the mainstream and has been consistently criticized for misleading methodology. The SPLC labeled it a hate group this year, saying, “The designation resulted primarily from their move to start publishing the work of discredited race scientist Jason Richwine … and their shocking circulation of an article from one of America’s most prominent white nationalist websites and another written by a fringe Holocaust-denier in their weekly newsletter.” But Mark Krikorian, president of the CIS, dismisses that reasoning as a weak pretext for a hate group designation and says he believes the label was motivated more by a desire to capitalize on political opposition to Trump than by sincere conviction.

“I think the SPLC has jumped the shark,” he says. “The idea that a think tank on K Street is comparable to some skinhead group is laughable.”

Krikorian contends that it’s not just conservatives like him but that even liberals are now professing to him a growing skepticism of the SPLC’s labels. “If our being designated a hate group is a step along the way to their delegitimization,” he says, “then maybe it’s worth it.”

After years of neglect under the Obama administration, ICE has finally got its mojo back. On Thursday, Immigration and Customs Enforcement announced its largest anti-gang operation to date. According to ICE officials, agents have arrested 1,378 […]

Tyler Durden, ZeroHedge Five days ago, Det. Sean Suiter, a married father of five and an 18-year veteran with the Baltimore Police, was patrolling the streets of West Baltimore around 5pm last Wednesday when he […]