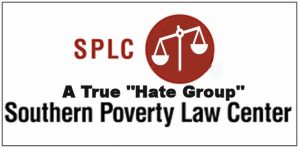 The left-leaning Southern Poverty Law Center has come under fire for its labeling of a Christian nonprofit organization — dedicated to defending “religious freedom, sanctity of life, and marriage and family” — as a hate group.

But the Alliance Defending Freedom isn’t the only conservative, traditional-value organization the SPLC smears as a hate group. Fox News found at least six other groups that are conservative and explicitly nonviolent but branded as hate organizations by the SPLC.

The SPLC – based in Montgomery, Ala. – is a nonprofit legal advocacy organization specializing in civil rights and public interest litigation, dedicated to “fighting hate and bigotry and to seeking justice for the most vulnerable members of our society. ”

On June 11, Attorney General Jeff Sessions gave a speech to members of the Alliance Defending Freedom (ADF), the religious freedom group, prompting some media outlets, like ABC and NBC News, to label the ADF a “hate group.”