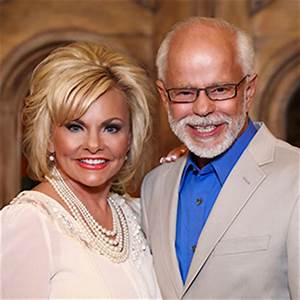 Jim and Lori Bakker, televangelists from the Branson, Missouri area are predicting a doomsday scenario for Christians if Trump is not reelected. The leftist website “Right Wing Watch” mocks the duo in a recent article. While we are by no means fans of Bakker and his notorious past misdeeds, he may be on to something. And the liberal “Right Wing Watch” while calling his viewpoint “dangerous rhetoric” acts the part of hateful anti-Christians.

Jim Bakker, otherwise known as half of disgraced ’80s televangelist power couple Jim and Tammy Faye Bakker — has spent the past decade and a half quietly rebuilding his empire after serving nearly five years of a 45-year prison sentence (for fraud and conspiracy-related charges) from 1989 to 1994. (Not to be confused with the drugging and rape allegations from actress Jessica Hahn which had previously derailed his career in 1987.)

In the present, it should come as very little surprise that the “reformed” Bakker is back on his bullshit, now as a staunch supporter of President Donald Trump and spewing dangerous rhetoric. In a sermon recently flagged by Right Wing Watch, Bakker told his followers that if Trump doesn’t get reelected in 2020, that “leaders of the gospel and the political conservative leaders” are going to be murdered. By who? Presumably AOC and the other women in Congress who Trump supporters chant “send them back” at rallies about? Dark lord Nancy Pelosi? Satan? Your guess is as good as ours!

Jim Bakker warns his audience that if Trump is not re-elected, Christian leaders and politicians will be murdered: “This is life and death.” http://bit.ly/2RkOqQc

In a preface to his remarks, Bakker claimed that Trump was elected against all odds because “God’s people voted, and the world knows it, the enemies of the gospel know it.”

“I’m going to say something I probably shouldn’t say,” he continued, which is about the only part of his diatribe most people would actually agree with.

God spoke this to me years ago what would happen near the end and I believe we’re in that time. There’s so desperate — this is life and death. This is the hatred of murder is in the country.”