The emails between Zuckerberg and Buttigieg have come to light as Zuckerberg faces unrelenting attacks from politicians from both parties over such issues as misinformation, privacy, election meddling and bias. Zuckerberg is scheduled to testify Wednesday before the House Financial Services Committee on Facebook’s impact on the financial services and housing sectors.

Zuckerberg used to make political contributions more frequently, including to former and current House speakers Paul Ryan and Nancy Pelosi in 2014, but he hasn’t made any political donations or endorsements to specific candidates in the 2020 election cycle. In June, he gave $5,000 to Facebook’s PAC, which contributes to both Democratic and Republican candidates.

“Since the beginning of the campaign, we’ve built a top-tier operation with more than 430 staff in South Bend and around the country,” Meagher said. “The staffers come from all types of background, and everyone is working hard every day to elect Pete to the White House.”

A spokesman for the Zuckerberg-Chan family told Bloomberg News that the employees asked the tech mogul and Chan to recommend them.

“Having seen Mark’s visit to South Bend in 2017 and Facebook Live with Mayor Buttigieg, colleagues later asked Mark and Priscilla to connect them with the Buttigieg campaign as they were interested in joining,” spokesman Ben LaBolt said in a statement. Zuckerberg visited South Bend, Indiana, in April 2017 as part of his philanthropic work and got a tour from Buttigieg, that Zuckerberg live-streamed.

“Mark and Priscilla have not decided who to support for President,” he added.

LaBolt didn’t answer a follow-up question asking whether Zuckerberg has made similar connections for other candidates.

Mayefsky previously worked as the director of data science at Quora, a 10-year-old question-and-answer startup founded by former Facebook employees. Mayefsky worked at Facebook for almost four years starting in 2010, according to his LinkedIn profile. Wornhoff previously worked as a machine learning engineer at the Chan Zuckerberg Initiative and in Democratic politics in Indiana, Buttigieg’s home state.

The communication was initiated by Zuckerberg and Chan, Meagher said. It was sent shortly after Buttigieg officially launched his campaign in mid-April.

“From the CNN Town hall in March to our launch a month later, we literally got 7,000 resumes,” Meagher said. “I think that he (Zuckerberg) thought Eric would be a good staff hire with a lot of experience and same with Nina and Priscilla.”

Zuckerberg, 35, and Buttigieg, 37, overlapped at Harvard, and Buttigieg was friends with two of Zuckerberg’s roommates. He was also one of Facebook’s first 300 users. But they were only introduced years later by a mutual Harvard friend.

The staff recommendations from Zuckerberg are the first evidence of the Facebook CEO actively assisting a presidential campaign. A number of other high-ranking Facebook executives, including David Marcus, the executive leading Facebook’s cryptocurrency efforts, Naomi Gleit, one of Facebook’s longest-tenured executives, and Chris Cox, former chief product officer who is close friends with Zuckerberg, have donated to Buttigieg.

In recent weeks, Democrats have escalated their criticism of Facebook for its refusal to moderate political ads. Elizabeth Warren, in particular, has repeatedly attacked Zuckerberg and Facebook over its decision not to fact check posts or ads shared by politicians. Joe Biden wrote the company on Thursday demanding that an ad paid for by a pro-Donald Trump super-PAC be pulled down for what he said were lies about his Ukrainian-related work as vice president.

He’s been more apprehensive about breaking up big tech companies than some of his Democratic counterparts, saying the issue of monopolies extends beyond tech. But he’s also raised concerns about tech companies having too much power and has floated regulation, including fines and the blocking of new mergers, for Facebook and other big tech companies.

Republicans have accused Zuckerberg and Facebook of bias against conservative viewpoints, claiming that Facebook and other social media platforms unfairly suppress their views. Zuckerberg reportedly started to hold private meetings last summer with conservative leaders to hear their concerns.

In the past, Facebook embedded staffers with political campaigns to give them guidance on how to best use the social media platform. The 2016 Trump campaign said it greatly benefited from having Facebook staffers on hand. The company announced in 2018 that it would pull back from offering on-site support.

Now Zuckerberg needs friends in Washington, where Facebook is under unprecedented attack. His company is being investigated for possible antitrust violations by two federal agencies and Congress. It’s also trying to get skeptical regulators and lawmakers on board with its goal of launching a cryptocurrency.

But this presidential cycle, Facebook has become one of Democrats’ top punching bags. In recent weeks, Warren’s campaign has bought ads on Facebook claiming Zuckerberg endorsed Trump, a deliberate falsehood that she used to draw attention to Facebook’s policies exempting politicians from fact-checking ads, and corrected later in the advertisement. 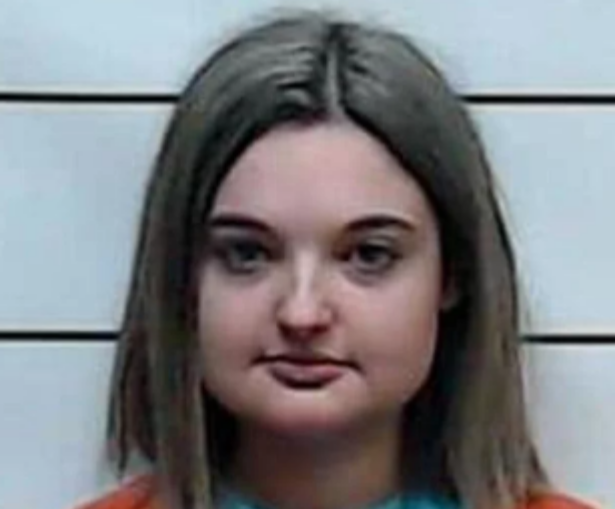 Police: 23-Year-Old Man Repeatedly Stabs Mother After Texting Him To Grow Up, Get A Job 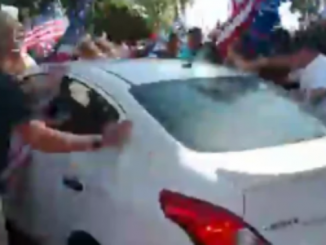