The German Federal Supreme Court has made a new ruling on a child marriage case which could have implications on the way child marriages conducted legally overseas are treated in the country. 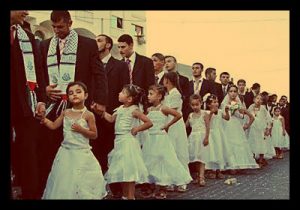 The ruling comes from a case involving a Syrian man who was separated from his underage “wife” when the pair arrived in Germany as asylum seekers in August 2015, Die Welt reports.

The pair, cousins, were married in February 2015 while the man was aged 21 and the girl aged only 14 in a marriage procedure that was done under sharia legally in Syria but was considered invalid by German authorities where the marriage age was 16 at the time.

After his “wife” had been taken into separate care due to her status as a minor, the Syrian man complained to German courts which initially granted him weekend access to her with a district court claiming the marriage had not been forced.

In early December of 2018, Brooklyn’s 3 Dollar Bill club sold tickets to the “Club Whoa!!!” show on Eventbrite for $15, promising 11-year-old “drag kid” Desmond Napoles, AKA Desmond Is Amazing, would headline the event. […]

The left-wing Associated Press brazenly lied to its Twitter followers Tuesday afternoon about the words shouted by Kori Ali Muhammad, the 39 year-old man suspected in the racist shooting deaths of three white people in […]