Every black person at Monday’s pro-gun rally in Richmond, Virginia, helped to refute the narrative that the gathering was some kind of white supremacist hoe-down simply by showing up.

However, a number of black participants also made powerful rhetorical arguments against allegations that the Martin Luther King Jr. Day rally was racist. In videos that have been widely shared online, the gun owners slammed Democrats and the media for making such claims, dismissing them as inaccurate and offensive.

In one clip that has been viewed hundreds of thousands of times, an unidentified man wearing a “Guns Saves Lives” sticker explained why he joined the protest outside the Capitol, which was organized in opposition to sweeping gun control measures that could be enacted next week by Virginia’s Democratic-controlled government.

After jokingly blaming a group of white buddies standing nearby for dragging him along, the man said, “The real reason I’m out here is I do not support in any way, shape or form Gov. Northam and the Democrats’ gun control.”

The man said he works part-time at a gun store, and, “I can’t tell you the number of customers I see of all races, all colors, all creeds who care about the Second Amendment and who just want to peaceably live their lives, enjoy their rights and the Second Amendment. That’s why I’m out here.”

Press coverage ahead of and during the rally focused heavily on the supposed threat of violent white supremacy posed by the crowd, which was estimated to number 18,000.

On Jan. 10, The Guardian interviewed anti-racism activists who warned Virginia’s grassroots pro-gun movement is “rooted in white resentment” and is “being fueled by conspiracy theories and misinformation.” On Sunday, NBC News reporter Ben Collins falsely called the event a “white nationalist rally” in a since-deleted tweet.

In another video from the Second Amendment rally, the Washington Free Beacon’s firearms policy reporter, Stephen Gutowski, spoke to man carrying a sign that read, “We Will Not Comply.”

The man, who identified himself only as Mark from Northern Virginia, said he drove 2 1/2 hours to the event because, “I love this country. It’s about the Second Amendment. It’s about our ability to defend ourselves and our loved ones. It’s not only a constitutional issue, but it’s also a civil rights issue.”

Mark went on to flip liberal talking points about the rally’s supposed racism on their head.

“The governor, who’s known for blackface and/or possibly having a Klan’s hood on, has the audacity on MLK Day to declare an executive order that would prevent people from lawfully protesting,” Mark said. “On top of that, to add insult to injury, he wanted to push forth the narrative that white supremacists are stirring up issues.

At a press conference Wednesday, Northam, a Democrat who survived a blackface scandal last year, had declared a state of emergency and a temporary ban on guns on Capitol grounds, citing “credible” threats of violence by white nationalist groups and others. Law enforcement beefed up security measures, erecting temporary barricades and fencing and saying attendees would be screened before being allowed into the event.

“I feel comfortable here, haven’t had any issues here, I don’t know what the problem is,” Mark said. “So, for me, as an African-American on MLK Day, it’s critically important that we preserve the ability to defend ourselves and our loved ones. And I will not allow anybody to push a narrative saying that there are racist people at these rallies. It’s not true.”

Asked about the sign he was carrying, Mark offered a principled explanation based on America’s democratic ideals.

“Just as the sheriffs in some of the counties have said, we are not going to enforce laws that are unconstitutional. We will not comply,” he said. “We will do whatever means necessary, legislatively, vote people out of office, make sure it goes through the court process. But we’re not going to just lay down and allow people to strip us of our ability to defend ourselves and our loved ones. So, that’s what ‘We will not comply’ means for me.”

According to federal officials, there was a real threat of violence at Monday’s rally.

The FBI on Thursday arrested three members of a small neo-Nazi group who allegedly hoped to ignite a race war through violence at the gathering. And the Federal Aviation Administration reportedly instituted a ban on airspace over the Capitol out of concern for aerial threats, including weaponized drones.

Northam has vowed to push through new gun control laws. He is backing a package of eight bills, including universal background checks, a “red flag” law, a ban on assault rifles and a limit of one handgun-a-month purchase.

Since the November election, nearly all of Virginia’s 95 counties have some form of “sanctuary,” a term first used by localities opposed to harsh treatment of illegal immigrants.

The idea has quickly spread across the United States, with over 200 local governments in 16 states passing such measures.

Despite the pushback, proponents of stronger gun laws say they are clearly winning the argument with the public, based on who got voted into office, and blame the tension on gun supporters.

“We’re in this situation because the gun lobby has been pushing their message that we’re going to take all guns away — they’ve been fanning this fire for years,” said Michelle Sandler, a Virginia state leader for Moms Demand Action, the grassroots arm of Everytown for Gun Safety.

It is not Northam’s first bid to tighten state gun laws. He called a special legislative session last summer after the massacre of 12 people in Virginia Beach, but the Republicans who then controlled it refused to vote on his proposals.

“Your 2nd Amendment is under very serious attack”

President Donald Trump on Friday said the U.S. Constitution was being attacked in Virginia.

“Your 2nd Amendment is under very serious attack in the great commonwealth of Virginia,” Trump posted on Twitter, referring to the provision that gives Americans the right to keep and bear firearms.

“The NRA is fully prepared to work to defeat Governor Northam’s gun grab — but also work to find compromise.” 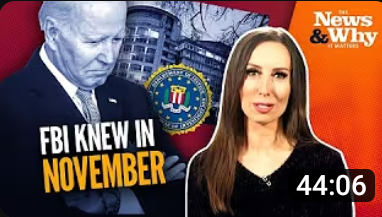 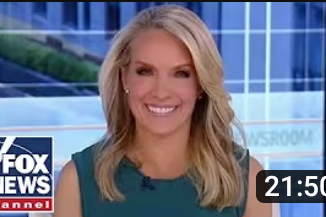