The Los Angeles Police Department says a “largely peaceful” crowd of Black Lives Matter supporters failed in their “attempts to extract” a Prius owner from his vehicle Thursday night after he ignored their blockade.

Footage of the incident was captured by a news helicopter and included activists beating on the car’s window with a Black Lives Matter flag, a skateboard and a bicycle.

“While there were isolated reports of vandalism, the group was largely peaceful,” LAPD wrote in a statement posted on Twitter. “The group eventually made its way onto Sunset Boulevard.”

Police detailed another incident with a truck that struck an activist while trying to avoid their road blockage before addressing the Prius driver’s situation.

“Moments later a white Prius attempted to drive around the same protest and also became involved in an altercation with individuals in the crowd,” authorities added. “A black pickup truck leading the protests accelerated and pinned that white Prius in, forcing it to come to a stop. The driver of the Prius attempted to flee the area and reversed into a green Mustang behind it. That vehicle was also participating in the protest. Both the drivers of the pick-up truck and the green Mustang attempted to extract the driver of the Prius from his vehicle.”

The Prius driver was eventually able to fleethe scene.

An investigation is ongoing on “all of the drivers and victims involved” have been identified, LAPD confirmed.

The pretext for Thursday’s BLM gathering was the March shooting death of Breonna Taylor in Louisville during a late-night narcotics raid on the medical technician’s apartment.

The 26-year-old’s boyfriend, Kenneth Walker, discharged a weapon during the raid, which prompted return fire from police.

A police officer, Brett Hankison, was charged Tuesday with three counts of wanton endangerment in the shooting; a grand jury declined to announce charges against two other officers involved in the raid.

*story by The Washington Times 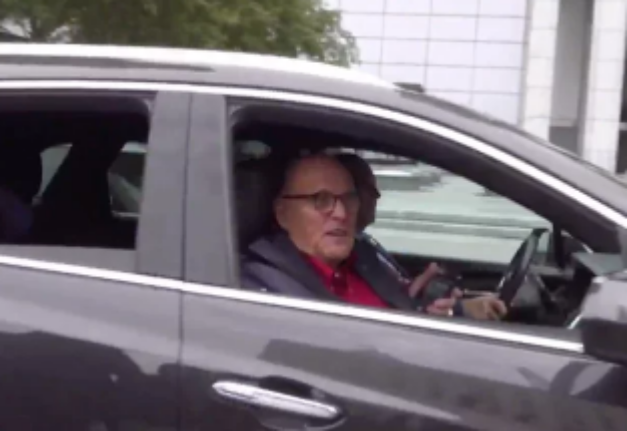