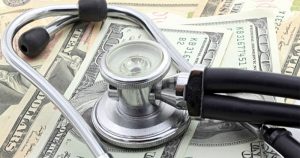 Many Trump supporters who received coverage through the Affordable Care Act said they were overwhelmed by out-of-pocket costs and high deductibles, according to a survey from the Kaiser Family Foundation.

The foundation conducted focus groups following the presidential election in the battleground states of Michigan, Ohio, and Pennsylvania to see how Trump supporters who were covered by Obamacare felt about their coverage.

While there were some participants who had positive experiences with their coverage under Obamacare, many said they were “overwhelmed” by how unaffordable the out-of-pocket costs and high deductibles were under their plans. They also expressed concern over surprise medical bills and the cost of prescription medications.

“I have to go based on what I can afford, which is awful,” said Deborah, a Trump supporter who was covered by the Obamacare marketplace in Columbus. “It’s an extremely high deductible.”