Although Donald Trump lost on healthcare yesterday, he got a big win in the courts. As Townhall reports:

The Trump administration can (finally) check off a win in court for the president’s revised travel ban. Virginia Judge Anthony Trenga upheld the White House’s travel order on Friday.

“The president has provided a detailed justification for the Order based on national security needs, and enjoining the operation of [executive order] would interfere with the President’s unique constitutional responsibilities to conduct international relations, provide for the national defense, and secure the nation,” Trenga wrote in conjunction with his decision. 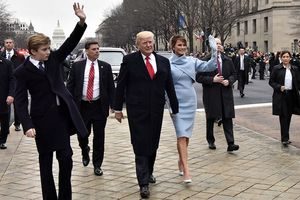 He rejected the notion that the immigration ban was in any way a discriminatory religious test.

This is good news. Although it has no immediate impact on the state of the order, the Trump administration is currently appealing several other rulings, and it gives us a sense of what a common sense ruling in their favor might look like.

Stuck with a disobedient wife? No problem, just go ahead and give them a smacking, says two Muslim women in a half-hour long video extolling the importance of husbands dominating their wives with an iron fist. […]

Sean Poulter, Daily Mail (This story is from 2014. However, it is a reminder that though many communities try to accommodate Muslims, it doesn’t help thwart terrorism at all.) Fast food giant Subway has removed ham […]