The truth is out.

Intelligence reports show then-President Elect Donald Trump and his transition team may have been monitored by agencies in the weeks after the election via “incidental collection,” a top Republican revealed in a press conference Wednesday afternoon.

“I have seen intelligence reports that clearly show that the President-elect and his team were, I guess, at least monitored,” House Intelligence Chairman Rep. Devin Nunes (R-California), said. 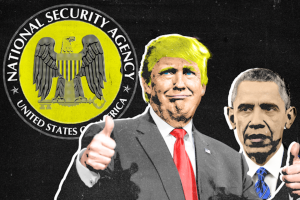 Nunes explained “incidental collection” of information regarding the President-elect and his team occurred primarily in November through January according to reports.

Nunes comments come off the heels of FBI Director James Comey’s testimony before Congress on Monday, during which he stated there was “no information” to confirm Donald Trump’s claims that he had been wiretapped by former President Barack Obama.

“I believe it was all obtained legally,” he said.

The question is why was it unmasked if it was unmasked, and then who was on the dissemination list and why was the list so broad? he added.

What did Nunes mean by “unmasked?”

Why Conservatives are Joining Together to Boycott ABC

The quiet cancellation of a Friday night multicamera comedy wouldn’t normally cause many waves, but not when Tim Allen is involved. Last week, ABC opted to dump the blue-collar comedy Last Man Standing after six seasons, and now fans of […]

Maher: ‘My Bigger Fear’ Is That the US Is ‘Becoming North Korea’

On Friday’s broadcast of HBO’s “Real Time,” host Bill Maher stated that he’s more worried about the US becoming North Korea under President Trump than North Korea attacking the US. Maher said, “I must tell […]

The left continues to bully and coerce anyone in the way of implementing their radical agenda into every facet of American society. Our government agencies and courts are still full of appointees of the Obama […]