A teenager, 19, has been arrested over the ambush and shooting of two undercover cops in a Miami parking lot. 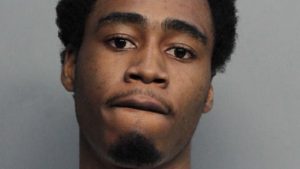 Terence White, 47, and Charles Wood, 37, both veterans of the Miami-Dade Police Department, were sat in an unmarked car outside a Miami apartment complex on Monday evening when they were shot by at least two men.

Damian Antwan Thompson, 19, has since been arrested and charged with two counts of attempted murder and battery of a police officer

Woods had identified Thompson as his shooter from a photographic lineup as someone he had arrested earlier this year on weapons charges.

‘They were ambushed and we’re not going to tolerate it,’ Miami-Dade County Mayor Carlos Gimenez told Local10.

Both White, a 26-year veteran of the Miami-Dade Police Department, and Woods, an 11-year veteran, were injured but survived the attack. Woods, who was shot in the leg, has since been released from the hospital.

At least one of the officers returned fire, John Rivera, president of the Miami-Dade police union, said.

(TheBridgehead) — Media figures, pundits, and commentators spend a decent portion of their time these days enthusiastically advocating for all sorts of new sexual lifestyles—their championing of gay marriage has quickly moved on to discussions […]

Why Immigrants in California Are Canceling Their Food Stamps

Greg Kaufmann, The Nation {snip} As the Trump era unfolds in California, fear of an Immigration and Customs Enforcement crackdown is disrupting the daily lives of immigrants and their families. In a state with 5.4 […]

Celine Ryan, Campus Reform A College Republicans meeting at the University of California, Santa Cruz was taken over by protesters screaming that the group’s existence is a threat to the safety of students. Shortly after […]