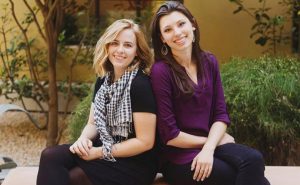 Last Monday, the United States’ highest court ruled 7-2 that Colorado discriminated against the Masterpiece Cakeshop owner’s religious beliefs while trying to force him to provide a cake for a same-sex “wedding.” But on Thursday, the Arizona Court of Appeals upheld a Phoenix city ordinance forcing a local wedding invitation business to serve gay unions.

Joanna Duka and Breanna Koski own Brush & Nib Studio, a small business founded on Christian values. They say they willingly serve any customer regardless of sexuality, but draw the line at being forced to produce custom messages endorsing events that violate their beliefs.

“It’s not about who walks in the door. It’s about what message they’re asked to create,” Alliance Defense Fund attorney Jonathan Scruggs, who represented the duo, explained Thursday.

Despite that fact, the judges ruled that the case was “one of a blanket refusal of service to the LGBTQ community,” so the studio’s services were not “entitled to First Amendment free speech protections.”

“We have previously found that eliminating discrimination constitutes a compelling interest…antidiscrimination ordinances are not aimed at the suppression of speech, but at the elimination of discriminatory conduct,” Judge Lawrence Winthrop wrote.

If Duka and Koski “want to operate their for-profit business as a public accommodation, they cannot discriminate against potential patrons based on sexual orientation,” he added, again disregarding the distinction between gay individuals and events endorsing homosexuality.

“Artists shouldn’t be forced under threat of fines and jail time to create artwork contrary to their core convictions,” Scruggs responded. “The court’s decision allows the government to compel two artists who happily serve everyone to convey a message about marriage they disagree with.” ADF plans to appeal the ruling to the Arizona Supreme Court.

ACLU of Arizona’s executive director, Alessandra Soler, made the accusations in a statement released Wednesday. “The police failed to protect the First Amendment rights of protesters. Shortly after Donald Trump finished attacking the First Amendment […]

A memorial bench in a Venango County, Pennsylvania, public park has been permanently relocated after an atheist group grumbled about what was inscribed on the bench. On Monday night, a crowd gathered outside the Oil […]

When President Barack Obama announced the “one-time gesture” of releasing Iranian-born prisoners who “were not charged with terrorism or any violent offenses” last year, his administration presented the move as a modest trade-off for the […]