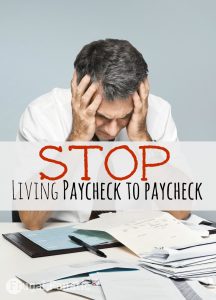 They’re not immune to the harsh reality of living paycheck to paycheck, according to dozens of people who responded to a Washington Post inquiry on Twitter.

They’re millennials, Gen Xers, and baby boomers. They work in big cities and rural towns. They’ve tried to save — but rent, child care, student loans, and medical bills get in the way.

National data on the paycheck-to-paycheck experience is flimsy, but a recent report from the Federal Reserve spotlights the prevalence of extra-tight budgets: Four in 10 adults say they couldn’t produce $400 in an emergency without sliding into debt or selling something according to the 2017 figures.

The partial government shutdown, which began last Friday and is temporarily halting pay for some 800,000 federal workers, has touched off a heated discussion on Twitter about what it means to get by in the United States. (President Donald Trump warned this closure could “last a very long time” if Congress doesn’t meet his demands for billions of dollars for a border wall.)

35% Want to Live in a Sanctuary Community

Rasmussen The rape of a 14-year-old girl in a Maryland suburban high school by two older students who were in this country illegally has moved the sanctuary city debate back on the front burner. {snip} […]

Is Giving a Tithe Still Relevant for Modern Christians?

Historically, believers would be required to give one-tenth of their income to the church. However, their income in those days was often not in the form of money as it is today, and was often […]