The German military is looking into recruiting non-German citizens of the European Union in a bid to make up for years of underinvestment that drew criticism from President Trump and other NATO allies.

Army general inspector Eberhard Zorn told the German Funke newspaper the military had to “look in all directions in times of a lack of qualified personnel,” with E.U. citizens being “an option” to fill posts such as doctors and IT specialists, the BBC reported. 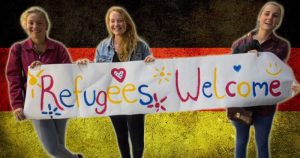 He admitted that “of course the Bundeswehr needs personnel” and that the army had to “push hard for a suitable new generation.” Current laws in Germany allow only German citizens to be members of the military.

Zorn admitted that the idea of E.U. citizens joining the German army may be a difficult pill to swallow for other countries, particularly those east of Berlin.

Germany has set a goal of increasing its military personnel by 21,000 in about seven years. The force currently consists of more than 182,000 uniformed personnel.

RT Protracted violence, civil wars and poverty may force up to 30 million Africans to come to Europe within the next 10 years, posing new security challenges to the continent, says the newly-appointed president of […]

A new report claims that migrant youth gangs in the Ebertplatz area of Cologne are becoming increasingly violent, leading some to describe the area as turning into a no-go zone. Authorities in the Eberplatz area […]