Hundreds, or even thousands, of migrant families are set to be released from government detention along the US-Mexico border over the next several days. But while the mass release of families may cheer critics of the Trump administration’s treatment of immigrant families, the government’s new plan will probably lead to hundreds of families getting dropped off en masse at bus stations — literally out in the cold. 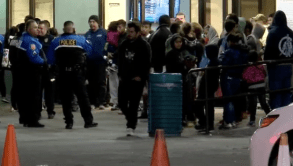 But in a break with standard policy, US Border Patrol has developed a plan to release some families directly if they’ve been held for more than a few days — instead of holding all families for ICE to pick up.

Plans for Border Patrol to release families directly were confirmed to Vox by two officials with knowledge of the mass-release operation. The sources said that releases from both ICE and Border Patrol could start as soon as Thursday and are expected to last for a few days — with hundreds of families a day set to be released in the Rio Grande Valley and around El Paso.

A spokesperson for the Department of Homeland Security, Katie Waldman, did not confirm any plan to release families directly from Border Patrol custody.

The Sex-Change Revolution Is Based on Ideology, Not Science

Twenty-eight years ago, the release of “When Harry Met Sally” highlighted one big debate: whether men and women could really be just friends. That question may still be up in the air, but now we are being […]

Trump’s executive order banning travel for several Muslim countries would be legal—if only Hillary Clinton was President. At least, according to the ACLU attorney currently arguing against the ban in the Fourth Circuit Court of […]

On Friday, Justice Department officials unsealed an arrest warrant for Jose Ines Garcia Zarate – the illegal immigrant who was acquitted in the shooting death of Kate Steinle – in the Western District of Texas […]