Danny Miner, a 66-year-old retired chemical plant supervisor, spends most days alone in his Tooele, Utah, apartment, with “Gunsmoke” reruns to keep him company and a phone that rarely rings. 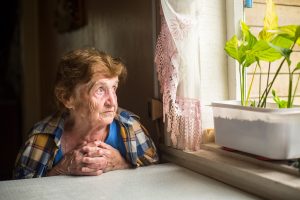 Old age wasn’t supposed to feel this lonely. Mr. Miner married five times, each bride bringing the promise of lifelong companionship. Three unions ended in divorce. Two wives died. Now his legs ache and his balance is faulty, and he’s stopped going to church or meeting friends at the Marine Corps League, a group for former Marines. “I get a little depressed from time to time,” he says.

Baby boomers are aging alone more than any generation in U.S. history, and the resulting loneliness is a looming public health threat. About one in 11 Americans age 50 and older lacks a spouse, partner or living child, census figures and other research show. That amounts to about eight million people in the U.S. without close kin, the main source of companionship in old age, and their share of the population is projected to grow.

Nevada: Assembly Bill 118 has passed on the Assembly floor by a 34-4 vote.  AB 118, sponsored by Assemblyman Skip Daly (D-31), would allow members of the military and those who have received an honorable discharge between 18 and […]

(LifeSiteNews) — President Trump has chosen a Tea Party, pro-life conservative Christian and former U.S. Army flight surgeon as Secretary of the Army in a move that LGBTQ activists denounced, according to news sources. If approved by the Senate, […]