Americans support Donald Trump’s Jan. 25 comprehensive immigration reform by three to one, according to a new poll by Rasmussen Reports. 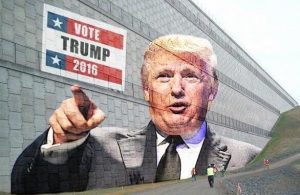 DOJ: 300 charged with committing crimes ‘under the guise’ of protests

DOJ: 300 charged with committing crimes ‘under the guise’ of protests