For most conservatives, the name of progressive billionaire philanthropist George Soros has a nasty ring. Soros stands accused of financing a myriad of liberal activist groups that have sparked violent attacks on police, politicians and civilians in a quest to generate sympathy and media attention for his causes via “color revolutions” — a nice way of saying that Soros’ stock-in-trade is overthrowing governments, in all cases for his own personal profit. 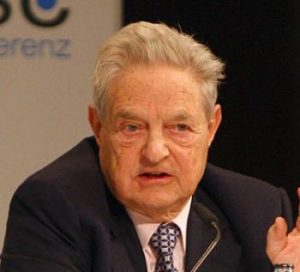 For decades, Soros worked in the shadows of foreign exchange and currency speculation, and his actions were less well publicized due to a carefully crafted use of secrecy and a web of shell companies to cover his actions. However, now that conservative research has shone a bright light on much of his network, Soros has nowhere to hide as the extent and reach of his organizational tentacles has become well-known.

If Soros’ efforts were truly benevolent and for the good of mankind, fewer people would be bothered by his machinations. However, in nearly all cases, his actions have only one motive: the explicit enrichment of Soros and his family, which currently sit on a fortune estimated at roughly $25 billion.