The nation’s largest abortion company recently refused his offer to continue receiving half a billion dollars in taxpayer funds in exchange for not killing unborn babies in abortions. Planned Parenthood put its abortion agenda ahead of providing women’s healthcare. 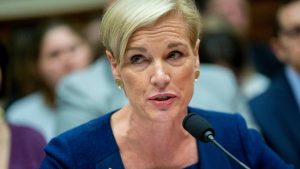 Now the CEO of the abortion company is complaining that Trump dared to suggest that it stop abortion little baby boys and girls.

Cecile Richards made the complaints in a new fundraising email to Planned Parenthood supporters. As she always does, she wrapped up the complaints and language about women’s health and only mentioned abortion once.

A memorial bench in a Venango County, Pennsylvania, public park has been permanently relocated after an atheist group grumbled about what was inscribed on the bench. On Monday night, a crowd gathered outside the Oil […]

Jerry Falwell Jr. Defends Trump: ‘He Does Not Have A Racist Bone In His Body’

Liberty University president Jerry Falwell Jr. defended President Donald Trump’s response to the violence in Charlottesville, Virginia, earlier this month, insisting Trump is not a racist, but rather someone who is not afraid to say […]

Defending Freedom (ADF) is doing their very best to defend out Constitution by using reason, logic, and truth to teach the next generation to think for themselves. A new video that they recently produced shows […]

One dead, several wounded after shooting at biker event in Iowa