When President Donald Trump announced his bid for the presidency in June of 2015, he made headlines by making illegal immigration one of the main focuses of his campaign. He described the millions of illegal immigrants currently residing in the U.S. as having “lots of problems,” and said they are bringing drugs and crime to America. 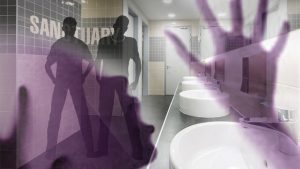 He also said many of them are rapists. His controversial remarks sparked outrage and hysteria among Democrats and leftist activists, who characterized Trump’s rational stance on illegal immigration as racist, discriminatory, and bigoted. A recent tragic news story in Maryland, however, has proven just how prescient Trump’s bold remarks have proven to be.

Two illegal aliens have been arrested and charged with the vicious rape of a 14-year-old girl in Montgomery County, Maryland, which sits just outside our nation’s capitol.

When movie star Shia LaBeouf isn’t spending his time protesting Trump’s presidency by livestreaming leftists in a zombie-like state chanting “He Will Not Divide Us,” the Disney Channel alumnus is out doing what he actually has a talent for — […]

The gender pay gap is not what the left claims, but the liberal media continue peddling the misinformation that women make far less than men. Proponents of the “misleading” wage gap statistic designated April 4, […]

Randy Newman has always been known for his sardonic lyrics and sometimes his politics, but the lines for one of his new songs might just be a bit too low hanging. Newman said in an […]