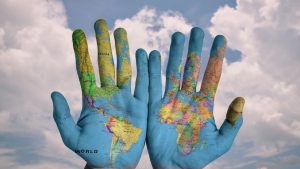 While dire situations are evident around the world, the U.S. media is fixated on destroying its president for a host of absurd reasons. Who can take the former “exemplar and champion” of democracy seriously anymore?

If Donald Trump told Michael Cohen to pay hush money to Stormy Daniels about a one-night stand a decade ago, that, says Jerome Nadler, incoming chair of House Judiciary, would be an “impeachable offense.”

This tells you what social media, cable TV and the great herd of talking heads will be consumed with for the next two years—the peccadillos and misdeeds of Trump, almost all of which occurred before being chosen as president of the United States.

Sebastian Gorka is resigning his post as Deputy Assistant to President Trump, multiple sources familiar with the situation have told The Federalist. In a blunt resignation letter, the national security and counterterrorism expert expressed dissatisfaction […]

Walter Wallace Jr., fatally shot by Philly police, had long criminal history; was accused of punching his mother — and a cop — in face