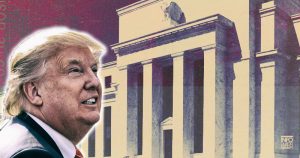 Following questions from multiple Democratic senators over the impartiality of Trump judicial nominee Brian Buescher and his ties to the Knights of Columbus, a charitable Roman Catholic organization, Republicans and various religious leaders hit back Monday against “religious bigotry.” “This isn’t just about the Knights of Columbus or Catholics, this is an ongoing attack from the extremist left of the Democratic Party to silence people of faith and run them out of engaging in public service based on their religious beliefs,” Penny Nance, the president of Concerned Women for America, a Christian women’s activist group, said in a written statement. “It is pure and simple religious bigotry,” Nance added.

Speaking to his listeners on Friday, conservative powerhouse Rush Limbaugh described where he thought America is headed if racial tensions continue to rise the way they have been — and it isn’t pretty. “We haven’t […]

Lawsuits and the Transgender Military Ban