The club calls itself “Satanic Students at NC State,” and its leaders say they promote humanism and are working to build up the fledgling group at the Raleigh-based public university. 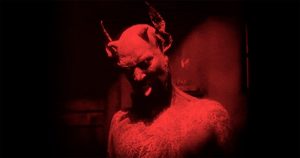 “This semester, the group has held public meetings to attract and gain interest,” Satanic Students told The College Fix in an email interview. “These meetings have largely consisted of discussions with new and potential members about the type of Satanism practiced by the group.”

According to its “get involved” website: “The mission of Satanic Students at NC State University is to 1) encourage benevolence and empathy among all people, 2) reject tyrannical authority, 3) advocate scientific examination of the universe and our place in it, 4) promote morality and justice based on rational, humanistic values, and 5) be directed by the human conscience to undertake noble pursuits guided by the individual will.”

There reached a point when the Dakota Access protest became less about debating the merits of pipeline routes and more about mixing it up with cops. That was when the danger spiked for officers and […]

Multiple Altercations Break Out Between Protesters And Police In Washington, DC

Protesters gathered at BLM Plaza in Washington, D.C. late Friday evening to protest recent killings by police. Multiple altercations broke out between police and protesters, who marched through outdoor diners. (RELATED: EXCLUSIVE VIDEO: Watch Protesters Take To The Streets Of DC For […]

Black Lives Matter co-founder Patrisse Cullors claimed that owning four homes was not a rejection of Marxist principles because she used them to support her own family. Cullors addressed the issue during the first segment […]